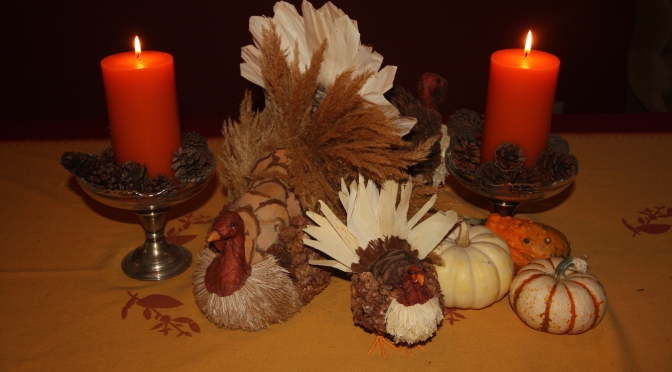 For my kids, who both came home for the holiday and filled the house with happy, family sounds. 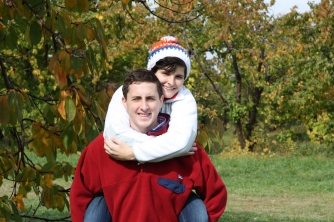 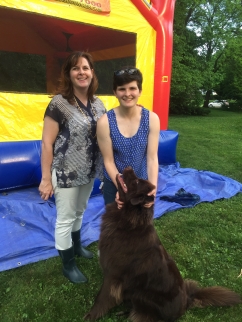 For my husband, who has been my best friend for over 25 years and as a bonus cooks dinner almost every night.

For family and friends, who are each unique and special and bring love into our lives.

For this full and delicious Thanksgiving table with wonderful people around it. 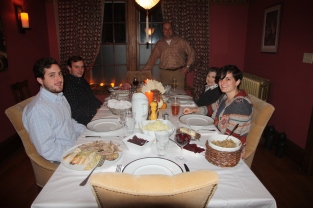 For these two dogs.  Maisie who is the most perceptive, sensitive and emotional dog I’ve ever known.  She shows her love in a big and constant way.  Annie who has given us the greatest gift of all, her trust and love.  She has changed our family and touched our hearts and every day with her is a joy. 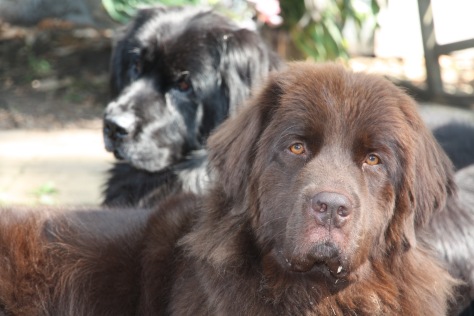 And last but certainly not least, for the connections I’ve made through this blog and instagram.  To find common ground with people around the world through images and stories and shared interests has been one of the greatest gifts of the year!

You know that feeling that something is brewing but you don’t know what.  Yeah, I get that feeling a lot, mostly in regards to my kids.

Monday morning I was feeling really good.  Chris and I had a really nice weekend.  We have started a new project on the house but we didn’t work the whole weekend and actually took some time out for fun.  We took the dogs to the beach and then prowled through an architectural salvage place. I love poking around and looking for treasure from old homes.  It makes me a little sad because I know that a beautiful old home was torn down and these are the remnants, but I love finding things that I can use in my own 19th century Victorian home. Getting dusty and dirty is all part of the fun.

This was also our first weekend with both kids back in school. Abigail seems to be doing well, we’ve talked a few times since she left and her classes start this week.  I havn’t yet heard from Thomas, and with him, no news is good news but I was planning on calling him when I got home from work to hear about his first week. Knowing that I would attempt to reach him that night didn’t resolve that feeling in the pit of my stomach that something was off.

Then I noticed a missed call from Thomas.  Thomas never calls.  I often wonder if he even knows how to use his phone as a phone.  Our communication is always via text message so the alarm bells immediately went off.  I sent him a quick text (he never answers my calls unless I text first) “everything ok?”.  “I need to get an x-ray, I slammed my hand in a car door”

What? And what?  Of course there was no answer to “are you ok” “which hand” “do you have a plan, where to go”.  So I’m left with no answers and lots of wondering. The biggest lesson I’ve learned about being a parent of college kids is that they need to try to solve things on their own.  As much as I’d like to rush in and fix it, that just isn’t possible and now it’s time for them to figure it out.  Eventually he let me know that it was his right hand and he was in a lot of pain.

I didn’t hear back from him til later in the evening when I texted “it’s fine if you don’t want to let me know what is going on but you should be prepared to pay the bill when I send it to you”. Guess what, the phone rang instantly. Since he is a college athlete he has access to athletic trainers that quickly facilitated his care.  He got an x-ray, apparently broke his hand and will have surgery Tuesday morning.  He still didn’t know who was going to drive him to the hospital, he has to go about an hour away to the orthopedic surgeon.  According to Thomas, he works on the players for the Cincinnati Reds. Whatever, I’m just glad someone got it going for him and he didn’t sit for hours in a small town ER.

Of course he doesn’t know if he’ll have a cast, how long his recovery will be or any other details I would have asked.  He seems to think they will just “pull it” kind of like popping a shoulder back in place. He said the bone has been shoved under his wrist knuckle. Looking at my own hand, I have no idea what he is talking about.  Who knows, but I’m sure this means he won’t be playing fall ball which is too bad. He assured me he wouldn’t have any trouble in class because his index finger still works and he “doesn’t type like a normal person”.  So there you go, everything will be fine.

Any other Moms think this is an adequate amount of information?

PS. He forwarded me an email from the athletic trainer and he has an Angulated Boxer’s Fracture of the Distal Fifth Metatarsal. That answers all my questions. Ha.

Love this boy, even if he is a terrible communicator!