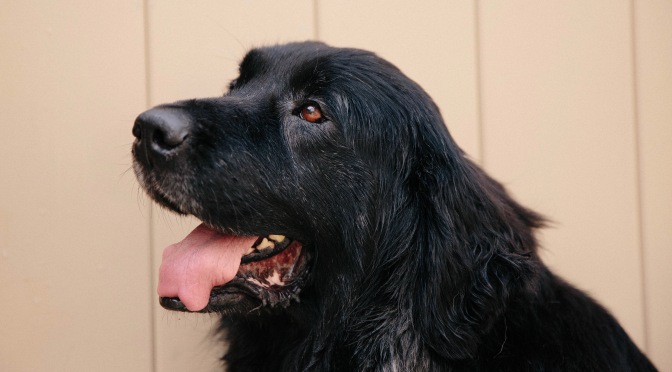 The first dog that I fell in love with was Sabrina.  My parents brought her home right around my 10th birthday, so I always felt like she was a special present for me. She was a beautiful Malamute that made quite an impression on my family.  She gave us endless stories that still bring us laughs when we reminisce.

She was impossible to contain and she constantly escaped the yard to roam the neighborhood, leaving mischief and mayhem in her wake. She broke into multiple houses through doggie doors, doors left ajar, sliding doors that she could pull open and screen doors that she could push through. She knew when it was feeding time nearby and stole many meals from less assertive dogs. She ate one woman’s make-up, coming home with lipstick all over her face. My mother answered many phone calls from disgruntled neighbors. She hunted skunks and would bring them home and curl up with them in her dirt hole.  She smelled like skunk for months on end, we could never fully get the smell out before she would bring home another.  She preferred to be outside, especially in the winter.  We had her sleep inside but she let us know that she found it way too hot and would be happier in the yard. I can’t imagine how much trouble she would have caused if she wasn’t in the house at least some of the time! She was one of kind and I will never forget her. 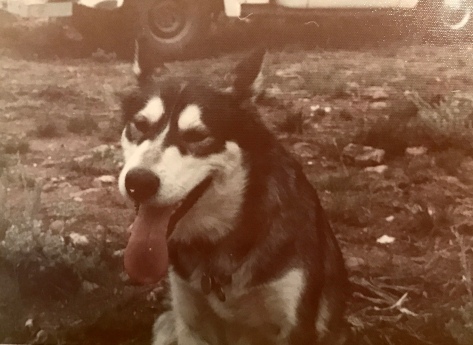 Bogart was my husbands bachelor dog and easily adapted to our growing and changing family.  He was so gentle but also had a talent for escaping and getting into things.  I wrote about him on National Mutt Day, you can read more about him here. 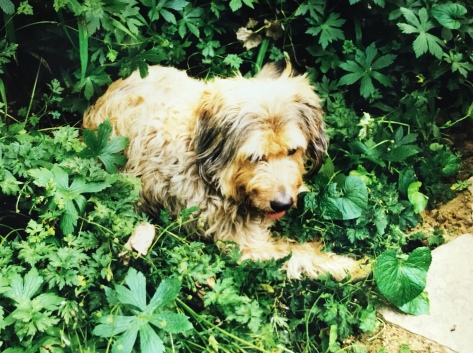 When we moved into our current house, there were two Newfoundlands in the neighborhood that I noticed while out for their daily walk.  I thought they were the most beautiful dogs I’d ever seen and after meeting and talking to their owners, I just knew that was the breed for me.

Bailey was my first Newfoundland. I wouldn’t describe her as having the typical Newfie temperament, she was loud, pushy and very domineering.  She respected me as the leader of our pack but she treated everyone else (human and canine) as be her underling.  I wish I knew then what I know now about training and handling a strong-willed dog.  She had the working instinct and she eagerly did her daily job of bringing in the paper. She also loved to carry in the groceries.  She would have been a wonderful Water Dog but at that time in my life I was consumed with raising my two young children and I was content to have Bailey as my house companion.  I didn’t take her out much, she wasn’t aggressive but she did try to assert herself as boss with other dogs and I wasn’t comfortable taking the risk of meeting another Alpha dog that would challenge her back. She behaved the way I wanted her to in the house and yard and I left it at that. She was the first dog that was all mine and I adored her. 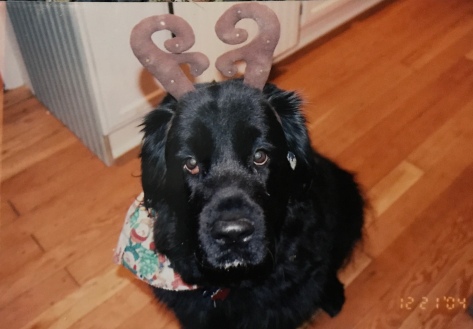 Charlie  was a Newfoundland/Labrador mix that we adopted several months after we said goodbye to Bogart.  Bailey was about a year old and we missed having two dogs. We think he was about three years old when he was found with another small dog in the woods in Tennessee and they were both transported to Illinois by a rescue group.  He was very thin when we brought him home and he was always a hunter, I assume because he lived in the wild before he was found.   We frequently found dead animals (squirrels, birds, possums and chipmunks) in the yard. He loved to be warm. He would curl up next to radiators and sit as close to the fireplace as he could get.  His fur would be hot to the touch, but he would be so content. He tried curling up with Bailey whenever he could but she was always hot and she would “kangaroo leg” him to get him to back off.  Bailey constantly bossed him around and he was pretty tolerant of her moods.  Occasionally he would let her know that he’d had enough and she would look so offended when he snarled at her.  She never really understood why there might be a problem, but they bonded well and depended on each other for the rest of their lives. Charlie curled up by my feet and died 2 weeks after Bailey died and I will always remember them together; they lived together and they died together. 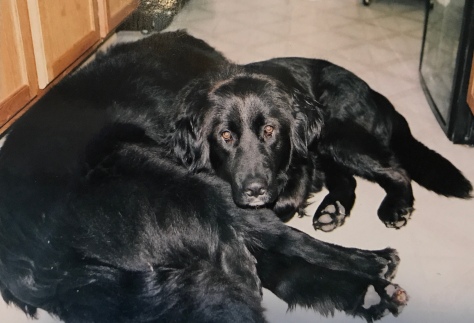 After losing Bailey and Charlie, I vowed to never again have two dogs close in age, the heartache was just too much.  When Maisie was three years old I found Annie.  Her age was presumed to be between 7-9 when she was rescued and she had been in foster care for a year.  After doing some internet research on my own, I believe she was 9 1/2 when we adopted her.  She was a puppy mill mama that was severely traumatized from years of abuse and neglect but she found a new life after she was rescued and blossomed in the two years that she was a part of our family.  The first time I heard the term “heart dog”, I considered all of my dogs as my heart dog, I love them all so much.  That was until I met Annie.  There was something very different about our bond, probably because she needed me so much and I was driven to show her as much love as possible to make up for all of the years that we didn’t have together.  She was very, very special and she changed me.  She made me a better person and those two short years were a lifetime for us. She will always be with me, she is my heart dog and I wish I had more time with her. 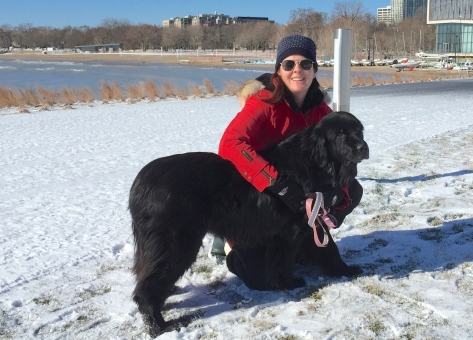